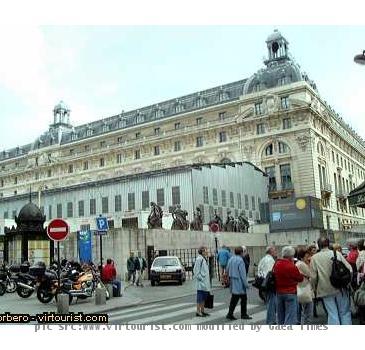 PARIS — Paris City Hall has come under fire for barring minors from a museum exhibit of works by U.S. photographer Larry Clark, a show that includes sexually explicit shots of teenagers.

Critics said the move was akin to censorship, with the French Human Rights League calling the decision “backward and reactionary.”

The Socialist-run mayor’s office has expressed fears about legal challenges if it lets minors into the exhibit by Clark, who is also a filmmaker best known for the 1995 film “Kids,” that caused a scandal for its raw portrayal of teens, sex and drugs.

Clark called the move “ridiculous” in an interview published Thursday.

“I see this as an attack on youth, on teenagers,” he was quoted as telling Liberation newspaper. “These photos are for them.”

Liberation showed one of Clark’s shots on its front page: a young naked couple embracing and visibly fondling each other’s private parts.

The exhibit is showing at the Museum of Modern Art of the City of Paris, which is run by city hall.

Delanoe defended his decision by saying that “what was easy (to show) 20 years ago causes problems today.”

In a letter to the Greens last week, he said a ban for youth was the only way “to allow a great artist to show in a great Paris museum.”

Clark’s “Kiss the Past Hello” shows through Jan. 2 at the Museum of Modern Art of the City of Paris.

OP-ED by Vice President Joe Biden in the New York Times: "What we must do for Iraq now"

OP-ED by Vice President Jow Biden in the New York Times: "What we must do for Iraq now"

Declaration by the Heads of State and Government of the Nations contributing to the UN-mandated, NATO-led International Security Assistance Force (ISAF) in Afghanistan

Fact Sheet on the United States' Relationship with the European Union: An Enduring Partnership

NEW DELHI - The Central Bureau of Investigation (CBI) Monday told the Supreme Court that it would co...
Copyright© 2010 The Gaea Times